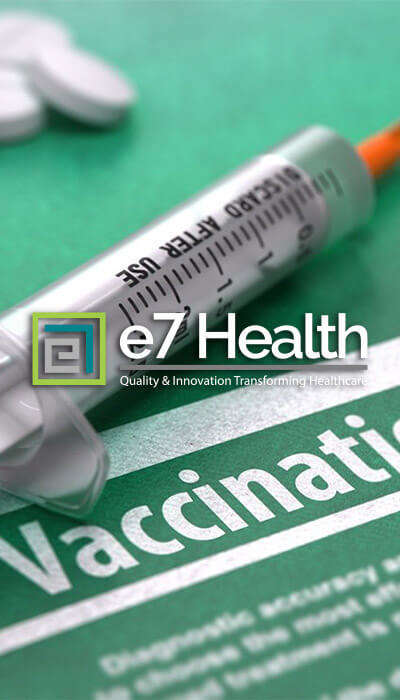 e7 Health offers the Japanese Encephalitis vaccine. We offer same day or next day appointments and allow you to book your appointments online! Japanese encephalitis (JE) is a severe disease that is caused by a virus and spread through infected mosquito bites. JE is the most common vaccine-preventable cause of viral encephalitis in Asia. Incidences of infection rarely occur in the United States, but travelers to certain areas of Asia and the western Pacific should take measures to prevent mosquito bites and receive the JE vaccine.

Most people who are infected by JE virus show little or no symptoms at all, but some individuals can develop severe symptoms including fever, headache, and fatigue which can lead to inflammation of the brain (encephalitis) and death. Symptoms of encephalitis include stiffness in the neck, disorientation, tremors, and seizure.

JE virus is not found in the United States, but it does exist in certain areas of Asia and the western Pacific, especial rural and agricultural areas, but may occasionally occur in urban areas as well. In 2010 there were two cases of JE in the United States, one case in Nevada and one case in Texas. Both cases involved children who had recently traveled to areas with JE virus and were exposed to mosquitoes. Between 1973 and 2011 there were 58 cases of JE infection among travelers to nonendemic areas. Between the times when the vaccine was made available in 1992 until 2011, only seven cases of JE infection had been reported.

JE vaccine is recommended for travelers who are two months of age and older and who meet the following criteria:

e7 Health has ALL the recommended and/or required adult vaccines needed for your travel:

Can the Japanese Encephalitis vaccine be given at the same time as other vaccines?

Yes, Japanese Encephalitis is safe to be given with other vaccines at the same time.

Is the Japanese Encephalitis vaccine safe during pregnancy?

Unfortunately, human-based studies have not been conducted to determine the risk of receiving the Japanese Encephalitis vaccine during pregnancy, so it is unknown whether it causes risk to the fetus.

Should I get Japanese Encephalitis vaccine?

Japanese Encephalitis is recommended for people traveling to rural parts of Asia.  Travelers that are planning some of the following activities may be at higher risk: Camping, hiking, trekking, biking, fishing, hunting and staying in accommodations without air conditioning, screens, or bed nets.

How long does the Japanese Encephalitis vaccine last for?

The duration of protection is unknown. For persons aged 17 years and older, a booster dose may be given if the primary two-dose vaccination series was given one year or more.

How many injections do you need for Japanese Encephalitis?

The vaccine is given as a 2 dose series.  A booster dose might be recommended if there is a continued risk for JE virus infection or potential for reexposure.